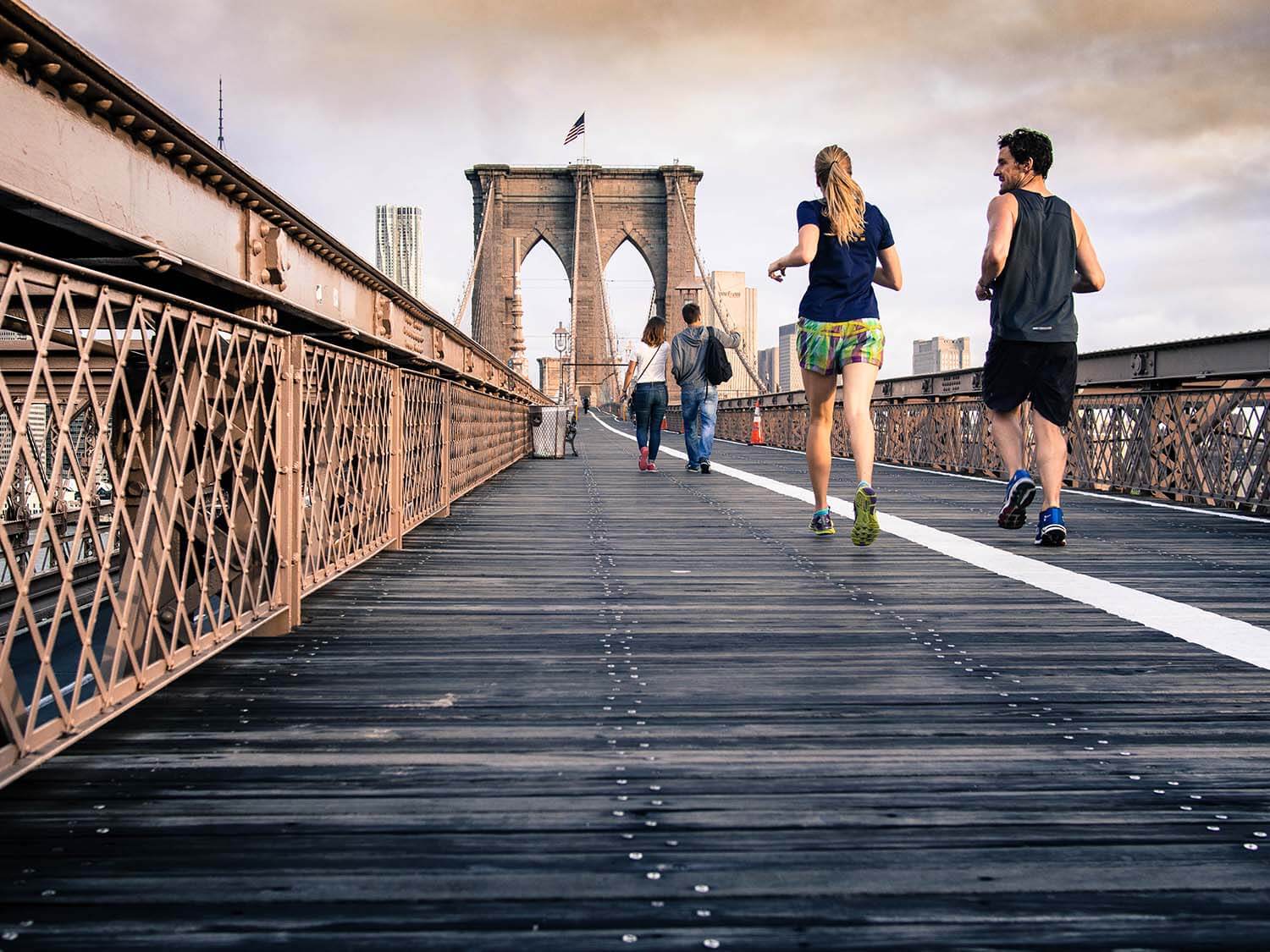 How Weight Loss Proves the ROI of Your Wellness Program

By inbodyde1 November 2018 No Comments

When it comes to showing the effectiveness of corporate wellness programs, showing a positive ROI can be a little tricky.

On one hand, you read reports like this one in the Harvard Business Review that trumpet the effectiveness of successful corporate wellness programs at companies like Johnson & Johnson, which was reported as saving $250 million over 5 years at a rate of $2.71 in savings per dollar invested.

If you’re an employer, you read articles like this and think: “Great! Healthier employees plus measurable savings? Who wouldn’t want that?”

But on the other hand, contrarian reports like this one from the RAND Corporation tell a different story.  According to RAND, only disease management programs have positive returns in savings; for lifestyle management programs – the ones that promote exercise and healthy lifestyles – employers can expect a return of only fifty cents on the dollar.

Following RAND’s logic, it would make sense for the fiscally-minded executive or HR director to only provide benefits that treat chronic illnesses and not spend money encouraging their employees against unhealthy choices that lead to conditions like obesity, for instance.

But taking this line of thought can come at a high price for companies. Unhealthy employees and employees who are steadily becoming unhealthier tend to become less productive.  Employees who can’t work at their full potential are a source of loss.

Yet you won’t see these employees taking sick days; you’ll see them at their desks day in day out, present – but not productive.  Called “presenteeism,” unhealthy employees who come to work are costing their companies billions in lost productivity. If you’re an employer looking for positive ROI on your wellness program, this is something you cannot afford to ignore.

It’s Not Just About Sick Days

In order to understand how corporate wellness programs deliver significant benefits over the long term, it’s important to understand where costs for employers come from. The first two you probably know.

There are direct costs for sick employees, like medical and pharmaceutical costs.  Then there are sick days that employers are legally obliged to give, which represent money spent on employees who aren’t working.  That’s referred to as “absenteeism.”

Presenteeism, by contrast, occurs when employees should be absent but feel that they should be at work because of their obligations or for fear of disciplinary action.  But what is presenteeism?

According to research published in the Journal of Occupational and Environmental Medicine, presenteeism occurs when:

Or when hours are lost when an employee:

All of these actions may cause the employee to be less productive, meaning the company is losing productive hours from individuals who are at work when they should be absent.

Many of these minor complaints can be traced back to one chronic problem that is only growing with each passing year: the ongoing rise of obesity in the United States.  While it might seem hard to imagine that your employees’ diets and exercise habits are having a direct effect on their productivity, a growing body of research suggests otherwise.  Let’s take a look.

According to the Centers for Disease Control and Prevention (CDC), more than one-third of American adults are obese, which research in the Journal of the American Medical Association defines as having a Body Mass Index (BMI) equal to or greater than 30.  For reference, here are the BMI ranges and their corresponding weight classifications according to the World Health Organization (WHO). Statistically speaking, if you employ American adults in your business, some of them are likely to fall into this category.

Furthermore, the CDC estimates that the annual medical costs attributed to obesity are $147 billion, and that costs for people who are obese are $1,429 greater per individual than those who are not.

From an employer’s standpoint, employee obesity might not rank very high on the list of business concerns.  The trend towards a sedentary lifestyle is something that an individual chooses for themselves, and an employer is not a parent.

But as an employer, you expect productivity from your employees, and in recent years a growing body of research has started to indicate that overweight and obese employees are costing their employers billions in lost hours due to both absenteeism and presenteeism.

A 2009 study examining the costs of obesity in the workplace begins by noting that increased medical expenditures ranged from an additional $170 for overweight employees (BMI: 25.0 – 29.9) to greater than $1,500 for employees with grade II obesity (BMI: 35.0 to 39.9).  Some of these costs were attributable to absenteeism, and the employee group with the greatest rates of absenteeism – women with grade III obesity – missed 1 week more work than those of normal weight.

1 week of lost productive hours, assuming an employee works 40 hours a week, can range in the high hundreds to thousands of dollars per employee (depending on salary), with the loss compounding for each additional overweight employee.

That’s just absenteeism. When the costs of presenteeism are added in, the amount of productive hours and money lost due to obesity becomes hard to ignore.

Research conducted by Finkelstein et al. estimates that the total costs among full-time employees that are attributable to obesity total some $73.1 billion.  When broken down by type of cost – medical, absenteeism, and presenteeism – the results are as follows:

“…presenteeism is the single largest driver of the costs of poor health among full-time employees, regardless of BMI. Moreover, with the exception of overweight men [BMI: 25-29.9], medical expenditures, absenteeism, and presenteeism increase with increasing BMI.”

These findings are confirmed in a second study published in the American College of Occupational and Environmental Medicine. This study looked at employees in the manufacturing industry in Kentucky and found that annual loss per worker due to obesity was $506 in presenteeism and $433 in absenteeism.

More interestingly, the paper’s authors noted something they uncovered that they termed a “threshold effect.”

Among overweight (25-29.9) and mildly obese employees (BMI 30-34.9), the authors did not observe any significant costs related to productivity loss.  However, these costs began and steadily increased once BMI ranges extended into moderately or extremely obese ranges (BMI: 35+).  And they scale rapidly with the size of the company. In the study, of the employees in the companies under review, 12.9% were categorized as obese.  Although obesity rates vary from company to company, using this figure as a model, a company of 100 employees can expect a loss of $6,376 due to productivity losses related to presenteeism caused by complications related to obesity.  And remember, this money is excluding the direct costs and absentee costs.

The authors of this study conclude:

“…health effects on productivity are concentrated among the most obese workers with BMIs of 35.0 or  greater, suggesting that employers should consider workplace interventions targeting obesity.  Even modest weight loss could result in hundreds of dollars of improved productivity costs per worker per year.”

Given the massive financial impact presenteeism can have on bottom lines and the link between obesity and presenteeism, corporate wellness programs can and must be seen in a new light when thinking about ROI.

Although the conclusions drawn by the RAND study about the ROI of corporate wellness programs aren’t necessarily incorrect, they are a bit narrow-minded in that they only take into account measurable, direct returns on dollars invested without considering the costs in productivity loss related to both absenteeism and presenteeism.

One significant oversight in the RAND study is the classification of the factors that lead to developing obesity, such as poor eating habits and lack of exercise as being under the umbrella of “lifestyle management programs,” – the programs that yielded only 50 cents per dollar invested. These were the programs RAND advised against investing in.

But as research has shown, the link between obesity and presenteeism represents a huge potential drain in resources.  A well-run corporate wellness program can yield a huge ROI if it can increase productivity in its employees, and according to the CDC, maintaining a healthy workforce lowers both direct and indirect costs, including the ones related to absenteeism and presenteeism.

These indirect costs aren’t to be dismissed, and fortunately, they are preventable. In Health and Productivity as a Business Strategy, Loeppke et al. (2009) demonstrated that while there is an additional $2.30 in productivity losses for every dollar spent on employees’ medical and drug costs, there are at least $2-4 absorbed in health costs related to productivity losses caused by absentee/presenteeism for every dollar invested in their health.

But even beyond your bottom line: offering these types of resources demonstrate that you care about your employees as people and not just as people who work for you.  Most people like being productive, and everyone likes being healthy.

Isn’t it time to rethink how you manage your wellness program?