Can You Target Belly Fat (or any fat area?) – InBody Deutschland
Hit enter to search or ESC to close 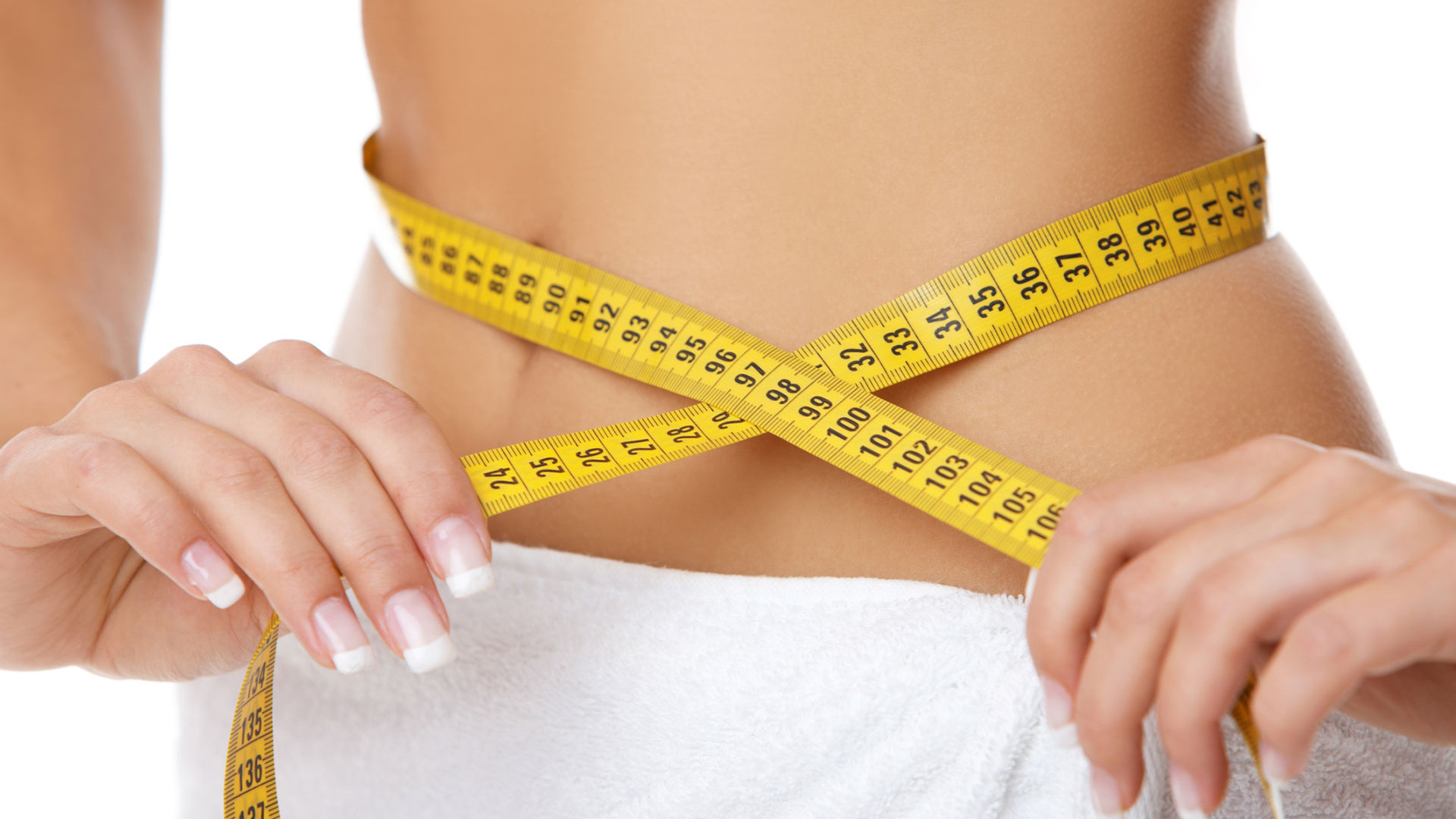 Can You Target Belly Fat (or any fat area?)

By inbodyde1 November 2018 No Comments

Everyone has their problem spots.

You might build up fat in your belly pretty easily, but your friend might get it in her arms.  Your mom might complain about her hips getting bigger. Your brother might have fat in the upper body.

Everyone wishes that they could just magically reduce fat mass in a certain area. But unfortunately, you can’t. Targeting fat, or “spot reduction,” is a myth, and there’s no shortage of clinically-validated studies that disprove it.

For example, in 2007, researchers at the University of Connecticut examined a group of 104 subjects and had them perform resistance training on their non-dominant arm (so if a subject was right-handed, they exercised their left arm).

At the conclusion of the 12-week study, MRI scans revealed no loss in fat between either arm.

So arms are out (as are legs), but what about the one a lot of people really fat: belly fat?

Well, in a recent (2011) study published in the Journal of Strength and Conditioning Research, participants were divided into two groups and asked to perform abdominal exercises. The control group was allowed to train relatively unsupervised, while the experimental group was put on a controlled abdominal exercise workout plan.

The results for both groups?

“Six weeks of abdominal exercise training alone was not sufficient to reduce abdominal subcutaneous fat or other measures of body composition.”

No matter how many crunches or planks you do, you can’t target the fat that hugs your belly.  You might develop some very strong ab muscles, but the fat will stay put.

So what can you do to get rid of stubborn fat in your problem spots?  Are we to conclude that there is no point in working out different parts of your body when you want to lose fat? How does fat loss even work?

To answer these questions, we have to start with how fat gets there in the first place.

How Fat Mass Is Created and Stored

Body fat by itself is not bad; you need it to survive.  However, excess body fat can cause health problems ranging from diabetes to hypertension to metabolic syndrome to a host of other serious problems.

Body fat mass is created when you are in a caloric surplus – taking in more calories than your body needs, or in plain speech: “overeating.” This is true for all humans, regardless of whether you’re male or female.

Here’s the thing: it’s actually a lot easier to get into a caloric surplus than you might think.  Just because you’re eating until you feel full doesn’t mean you’re eating what will keep your body weight stable.

The 2,000-calorie diet you’re likely familiar with was designed to be the best estimate of people’s daily caloric needs, but since everyone has a unique body composition, 2,000 calories may be too little – or too much, especially if you’re inactive.

How can 2,000 calories be too much? Take the example of someone who is metabolically obese but has a normal weight – someone popularly termed “skinny fat.”

Body composition analysis reveals that this person (a female) has a body fat percentage of 35%, over the normal range for women. However, a closer look at her composition reveals that she bears the hallmarks of skinny fatness: a “normal” weight caused by underdeveloped muscle and overdeveloped fat.

She also has 88 pounds of Lean Body Mass, corresponding to a BMR of 1231 calories.

Assuming she lives a mostly sedentary lifestyle with no exercise, her Total Daily Energy Expenditure would be roughly 1477.2 calories.

This would mean that if she kept to a 2,000-calorie diet, she would be in a caloric surplus of 522.8 calories a day – meaning she could expect to gain roughly a pound of fat every week if she remained consistently on this diet every day.

It doesn’t matter if you’re a man or women; fat accumulation occurs in the same way. Where it ends up, however, can be a different story for both men and women.

Android obesity is a subset of obesity that most frequently occurs in men.  It is characterized by weight gain in the midsection and upper chest and gives men a more rounded look. This is sometimes called “apple-shaped” obesity.

Men store more of their fat here because of their hormones, specifically, their testosterone levels.  Women can also experience android obesity after menopause due to the decrease of estrogen in their bodies relative to testosterone.

Gynoid Obesity is another subset of obesity that most commonly occurs in pre-menopausal women.  It is characterized by fat accumulation in the hips, legs, and buttocks.  Because the fat accumulation generally takes place in the lower half of the body, gynoid obesity is referred to as “pear-shaped obesity.”

While everyone gains it the same way, fat accumulates  in different places depending on gender, hormones, and other factors. Having fat show up in some places but not others creates the desire in people to want to target fat, which can lead them to look for strategies that help them do it.

Is there really no way to target fat?

Here’s What You Can and Can’t Target

Let’s take a look at targeting certain areas by exercising an area more than another.

What actually happens when you work out a muscle group?  You challenge your muscles.  Muscle fibers get torn and rebuilt, and with proper exercise and nutrition, they become more developed.

Although this can lead to localized blood flow in the exercised muscles leading to some interaction with the subcutaneous fat, the effects are very minimal and don’t contradict the studies that discount spot reduction.

In order to lose Fat Mass, you have to use more calories than you take in. This is called being in a “caloric deficit.” For example, if your Total Daily Energy Expenditure (TDEE) is 2200, and you consume 1800 calories, you’re in a caloric deficit of -400 calories.  If you can maintain this over time with proper nutrition, you’ll lose Fat Mass.

When you lose fat, you generally lose it in across your body at the same time.  You can’t target any particular area over another.

However, fat loss does occur in some areas more rapidly than it does in others.  Case in point: visceral fat.

Visceral fat is the fat you don’t see.  It collects in your abdominal area and surrounds your internal organs.  This type of fat is very dangerous in large quantities, and as associated with several serious health complications including type 2 diabetes, cardiovascular disease, Metabolic Syndrome, high blood pressure, and more. It’s also dangerous because it’s not typically visible.  People can have significant amounts of visceral fat but not know it because their weight/appearance doesn’t give it away. These people are sometimes called “skinny fat.”

There is some good news, however.  Although you can’t “target” it per se, visceral fat is particularly responsive to cardiovascular exercise, so if you start significantly increasing your running, biking, swimming, or whatever your cardio exercise of choice is, you can expect to “see” a reduction in visceral fat.  One study has even shown that for people whose BMIs exceed 25.0, cardiovascular exercise alone, even without a caloric deficit, can have a positive impact on visceral fat reduction.

To Target Your Fat – All of It – Get Back to Basics If you have problem fat areas, you should let go of the idea that you can target them by doing exercises in that area. It’s been proven conclusively that you cannot do this, and the sooner you let it go, the sooner you can focus on what does work: proper diet and exercise.

This is an important first step, and one that a lot of people skip: get your body composition determined. This will allow you to learn your body fat percentage, which will reveal valuable information about your body, including:

These two are particularly important because they’ll help you determine how many calories your body needs in a day.  If you need help with figuring that out, here’s a guide to get you started on planning a diet using your body composition data.

Your TDEE will be an extremely useful number for you. You can think of it like a “calorie budget.” You can “spend” your “budget” on different foods and beverages throughout the day, with the goal of “saving” calories at the end of the day (your caloric deficit). How you “spend” your budget is up to you, but you will still want to make healthy choices throughout the day.

There are numerous diets that you might follow. Don’t follow any that ask you to eat a certain number of calories or one that worked for someone that you know. These won’t necessarily work for you.  Use your own, personal TDEE as a guideline to determine how much you should be eating in a day.

Cardio, particularly HIIT (High Intensity Interval Training) cardio, can be an effective way to increase your TDEE, and if your diet holds constant, will increase your caloric deficit and lead to fat loss.

However, just focusing on cardio alone isn’t a good idea. If you only run, bike, or do some kind of other type of cardio exercise without any strength training, you can start to lose Lean Body Mass (which your Skeletal Muscle Mass is a part of).

Losing Lean Body Mass and Fat Mass at the same time will make it a lot harder to improve your body composition and will keep you from getting the look you want. Fortunately, studies have shown that incorporating strength training can preserve Lean Body Mass while you’re in a caloric deficit to lose fat.  Don’t neglect the weights!

By getting back to the basics of dieting and exercising properly, you’ll chip away at your problem areas slowly but surely.  Try not to focus on short term goals and avoid any shortcut diets that advertise “weight loss secrets”, “diet hacks” or any other scam-sounding diet. If you want a guaranteed way to target your fat – all of it – get back to basics by improving your body composition. 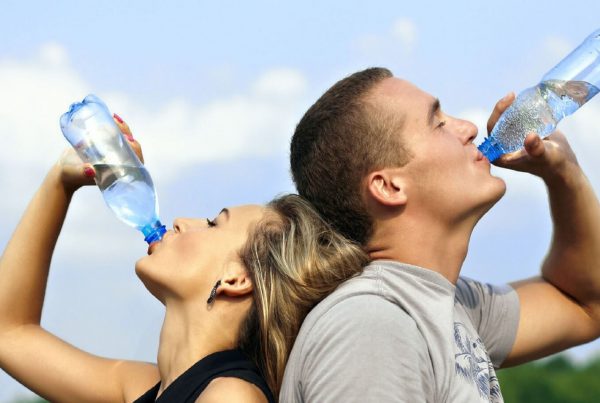 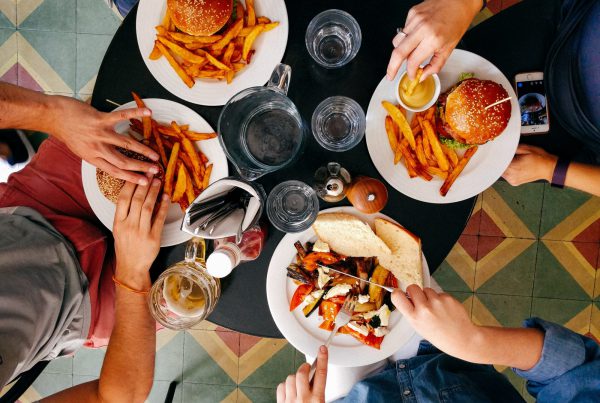 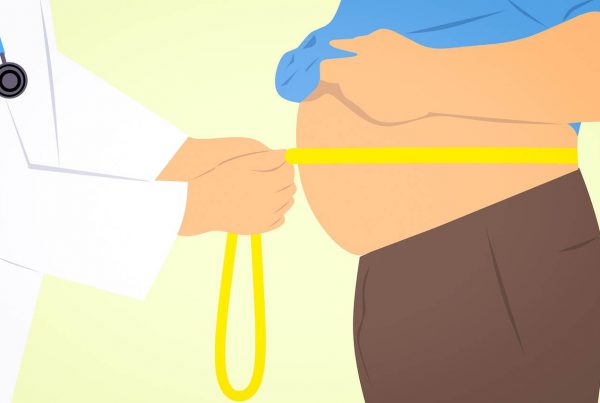